It’s time to let you know our shortlist for the BHO photography competition in May.

This month there was a shortlist of three for the judges to ponder and argue over. Eventually we chose a winner, but the two runners-up (in no particular order) were Castle Rising, by wazman27: 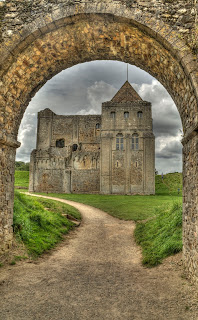 The judges thought that the framing of the picture, through the gateway, was very effective in this photograph. The sense of menace, or at least authority, perhaps conveys what the castle’s builders wanted to achieve in those who approached it.

Our other runner-up is rather different in tone, the Peterborough Lido by uplandswolf (who has featured several times in this blog before!):

Looking again at this photo just now, a colleague remarked upon the almost Palladian classicism of the structure. The foreground gardens also have a rather formal feel. None of this seems to detract from the festive tone of the photograph.

Our winner is not quite so festive, the Ossuary at St Leonard’s Church in Hythe, by Alan Denney: 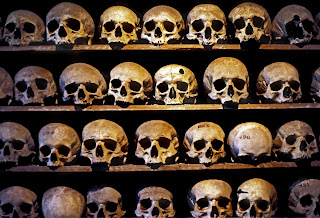 Congratulations to Alan for this powerful picture, which will be reminding us our mortality for the next month on the BHO homepage. Few ossuaries have survived in England and, as one of the judges remarked, “it reminds us that local history isn’t just about buildings, but also about the people who lived in or built them”.

Please do keep your photos coming to the BHO group. We’ve been very much enjoying looking through them.