The Royal Society Centre for History of Science has developed an online picture database of historical images from the Society’s collections. The website acts as a showcase for the Society’s extensive picture resources and it is hoped that this will provide a valuable tool for researchers.

Joanna Hopkins, picture curator, outlines the project to develop the database in a recent issue of  Notes & Records of the Royal Society [1]. She briefly discusses re-cataloguing of the collection, describes the collections, the development of the site and using the site. 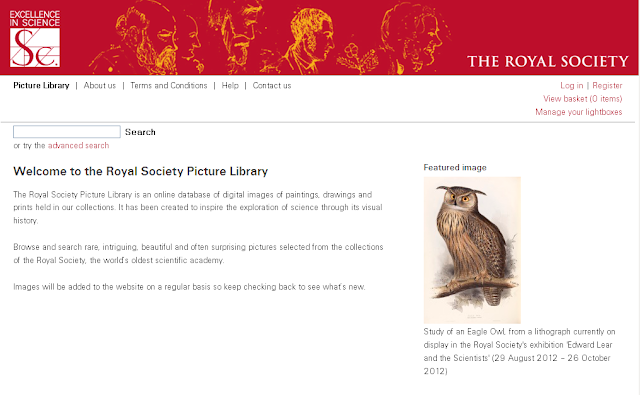 The historical images include portraits, scientific instruments, botanical drawings and even Isaac Newton’s death mask.There is a set of galleries which offer a selection from the collection and showcase exhibitions, as in ‘Edward Lear and the Scientists’, and illustrations from Francis Willughby’s De historia piscium, 1686 (beautiful engravings of fish).

Each image has the usual cataloguing data – creator, dates, media, contextual notes etc. all of which is displayed in a simple but stylish manner. The interesting note on the Newton’s mask reads:-

“This death mask is one of several prepared shortly after Newton’s death, probably by the artist Michael Rysbrack. Rysbrack used the likeness to sculpt Newton’s features in marble for his tomb at Westminster Abbey. This mask was owned by the 18th century French sculptor Louis-François Roubiliac, who carved a marble bust of Newton (now at Trinity College Cambridge).”

New images will be added to the site and users are requested to check on a regular basis for new additions. The Society may consider it worthwhile setting up an RSS feed for the new images.