The Alumni Oxonienses, 1500-1714, is now complete on British History Online. 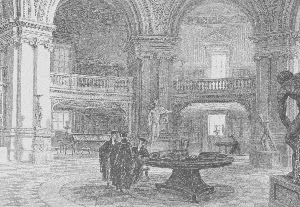 This series lists all known members of Oxford University from 1500 up to 1714. A second series, covering 1715 to 1886, was compiled by the same editor, Joseph Foster: we very much hope to add the later series to British History Online in the future.

Foster painstakingly worked through the University Archives, cross-referencing with other reference sources of the time, such as registers of the Inns of Court, ecclesiastical and political records. The entries vary in length; for example, here is that of Simon Laude:

Whereas the next entry, for Archbishop William Laud, is quite a bit longer. For many obscure people, such as Simon Laude, this is probably the only printed biographical summary of their lives, and so the Alumni is a particularly valuable resource.

We have tried to make it even more useful for users of British History Online by splitting the text into two columns, with names in the left-hand column to make them easier to scan; we have also put occurences of Oxford and Cambridge college names in bold.