The Siege of Jerusalem poem as digital media 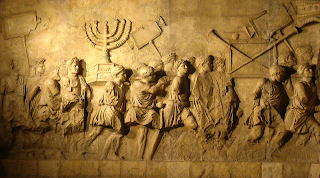 The Siege of Jerusalem is a Middle English poem from the late fourteenth century which relates the fall of the city in 70AD. Literary critics and historians have discussed the poem, particularly focusing on its anti-Semitism and graphic portrayal of violence. There are nine surviving manuscripts: the latest print edition is from 2004 and is soon to be followed by an online version – the Siege of Jerusalem Electronic Archive (SJEA).

In a recent article, Timothy L. Stinson conducts a “more focused examination of the impact of digital media on the editing of Middle English texts” by looking at the Siege and the digital project SJEA (of which he is co-editor).

SJEA will be a peer-reviewed, online resource providing digital images of all 231 extant manuscript pages linked to XML-encoded translations. It will also include critical introductions and users will be able to work on any of the manuscripts and their translations and compare and contrast them.

Stinson outlines the advantages of digital editions: the maintenance of competing textual authority; no longer having to select one text above another; the ability to see different versions of the text (and translations); and the retention and comparison of diplomatic and scribal composition.

He uses the Siege as a case study of the Siege to reinforce his arguments, focusing on the alleged anti-Semitism of the poem, especially the horrific and heart-breaking incident of the Jewish mother eating her baby. In this study he uses the sources of the poem as well as the manuscripts themselves.

As he concludes: digital media “…promise makers and users of scholarly editions an advantageous supersession of print, and one that will bring us far closer to the material conditions and transmission of medieval texts than print ever has.”