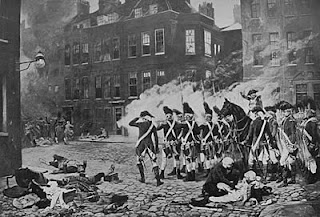 For digital offices, IHR Digital always seems to have a lot of paper products around. At the nexus of Reviews in History sits the Great Cham of reviewing, Danny Millum, with teams of assistants bringing copies of the latest history titles to his desk.

The editors of the Bibliography of British and Irish History (BBIH) amass neater piles of books and articles as they carefully check page references and scan collected volumes for chapters relevant to British history (often a fine judgement). It was in this stack that I found the 2011 edition of the journal Memoria y Civilización, which has an article in it by Heather Shore, called ‘Inventing and Re-Inventing the Juvenile Delinquent in British History’.

That immediately interested me because of the riots that took place in London and other cities last summer; what struck me about the commentary on the riots was how completely unhistorical practically all of it was. At the time I was working on a digital project to classify the documents in the series English Historical Documents and I was using the terms “urban” and “riots” quite frequently.

I was using “urban” and “riots” to mark up these documents because these are the terms used by BBIH. Searching “riots” and “urban” on BBIH today gives me 139 results: there has clearly been plenty written on this topic.

Heather Shore’s article is historiographical in focus, discussing how, since the 1970s, historians have dealt with the topic of juvenile delinquency and, indeed, the notions of childhood and adolescence themselves. This is clearly a rich area for the scholars who work in it, but for the rest of us it might at least give some context to claims about the moral collapse of Britain in 2011:

‘Whilst…moral panic and concern about youth was not a phenomenon of the later Victorian and Edwardian period, there is little doubt that by the early twentieth century the ‘youth problem’ had a specific texture.
[Heather Shore, ‘Inventing and Re-Inventing the Juvenile Delinquent in British History’, Memoria y Civilización 14/2011, 105-132]’

With the odd exception, there was none of this context to commentary on the riots last year. Most of the commentariat seemed to be suffering from what has usefully been termed the recency illusion. This is a cognitive bias to which we’re all prone, and it would be an example of the recency illusion to think that people didn’t labour under it in the past as well: Lord Berrington, Secretary at War, addressed it in a speech about the use of troops against rioters in 1780, mentioned above:

It is said, that the introduction of the military in cases of riot is a novel practice. Sir, the standing army itself is novel: it is but eighty years old: the practice is very old compared with the existence of the army.
[English Historical Documents, volume X, document 72a]