The Murder of Bishops and the Decline of Violence

Steven Pinker’s new book about the decline of violence has been getting some media coverage in the past few weeks. I have been looking forward to reading the book for quite a while, and I was encouraged to see a positive review by the political scientist David Runciman in The Guardian.

Whether or not Pinker’s thesis – that the modern world is measurably less violent than at any other time in human history – is correct, there are plenty of striking examples of violence that I have come across in my work on English Historical Documents.

For example, in 1450 two bishops were murdered in England in two quite separate incidents. Adam Moleyns, the Bishop of Chichester, was sent by the king to Portsmouth to make payments to some soldiers and sailors:

and so it happened that with boisterous language, and also for curtailment of their wages, he fell at variance with them, and they fell on him, and cruelly killed him there.

Six months later the Bishop of Salisbury, William Aiscough, was saying mass in Edington, Wiltshire; as the Oxford Dictionary of National Biography puts it:

He was dragged out onto a hill, hacked to death, and despoiled. In the following days his palace at Salisbury and several episcopal manors were ransacked.

We don’t live in such exciting times. The only British episcopal ‘incident’ I can remember is when the then Bishop of Southwark, Tom Butler, allegedly got into a stranger’s car when drunk and threw toys out of it.

At the very least Pinker’s book might help to dispel the idea that life in pre-industrial societies was always a bucolic idyll. 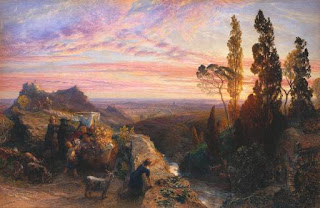