Whatever happened to postmodernism? 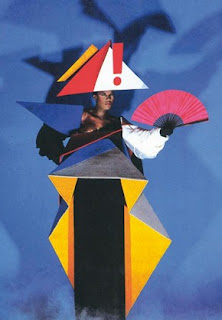 By the 1990s, even historians were finding it difficult to ignore the potential implications of what was variously described as postmodernism, post-structuralism, or the linguistic or cultural turn. Theory, so often seen as dangerously continental, even succeeded in penetrating the walls of the IHR in 1999, as it staged an online discourse (note the up-to-date vernacular) on postmodernism and history.

Little did they know that according to the V&A they shouldn’t have bothered – postmodernism had been dead for nearly a decade, if you credit their new exhibition Postmodernism: Style and Subversion 1970–1990.

However, according to Reviews in History this week, there’s life in the old dog yet – while Doing History by Claire Nolan and Mark Donnelly is more of an introduction to the delights of theory in history, Elizabeth Deeds Ermarth not only issues a direct challenge to modernist historians to finally move on, but (always key in this area) manages to coin a new term in doing so, in her History in the Discursive Condition: Reconsidering the Tools of Thought.