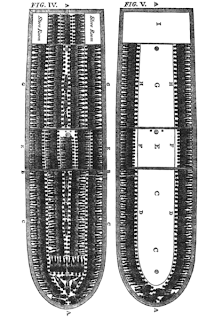 Two interesting journal articles recently caught my attention about the abolition of the slave trade. The first looks at how the anniversary was commemorated on British television, Rough Crossings and Congo: White King, Red Rubber, Black Death: Documentary, Drama and Radical Otherness in History Programming by Ann Gray and Erin Bell in the Journal of British Cinema and Television, vol. 7, 2010, p. 459-478.

The other is an announcement in Slavery & Abolition about the developing UCL project – Legacies of British Slave-ownership – a database containing the identity of all slave-owners in the British Caribbean at the time slavery ended. The project aims to develop the first systematic analysis of the extent and significance of slave-ownership in the formation of modern Britain examining various legacies such as commercial continuities (re-investment of the compensation received); the cultural legacy (connoisseurs and collectors, and founders of cultural and social institutions); as well as the political affiliation of the former slave-owners and their descendants.

The IHR also hosts a commemorative website – 1807 Commemorated – which engaged with the ways in which the bicentenary of the abolition of the slave trade was commemorated in Britain and the public memories which are shaped by it.