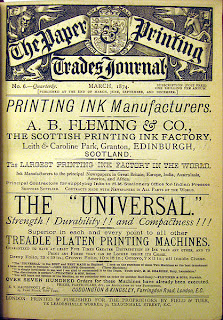 The journal Victorian Studies has published a series of articles under the title Forum on evidence and interprestation in the digital age. [1] Andrew Stauffer, in his introduction, quotes a comment from the Daily News, 1869….

Must we not pity the historians of the future if they should at any time be so conscientious as to turn over the mountains of waste paper which are now being shot by cartloads into the Museum? Human eyes and human hands cannot possibly work through a century of such agglomeration. The human mind will despair, perhaps, of power to deal with the illimitable mass. May we hope that when things come to such a crisis, human labor of the literary sort may be in part superseded by machinery?

The three articles in the forum outline the possible use of “machinery” in the form of digital search techniques, or text mining, to process masses of information as well as  some of the challenges and disadvantages of using suchg techniques.

Fredercik Gibba and Daniel Cohen  in, A Conversation with Data: Prospecting Victorian Words and Ideas, discusses the practice of using Internet searches to conduct text mining in historical research using Google’s literature scanning tool Ngram Viewer. The idea of the Victorian crisis of faith, exploring religious publishing and the frequency of the use of words such as “Jesus,” “God,” and “Christian” are explored.

The article can be supplmented by Cohen’s own talk, Finding Meaning in a Million Victorian Books, given at the IHR in March 2012.

The second article presents a case study of research examining the authors’ project of tracking word frequency trends and social space in nineteenth century British novels and is entitled, Learning to Read Data: Bringing out the Humanistic in the Digital Humanities, by Ryan Heuser and Long Le-Khac.

The final essay by Marice S. Lee, Evidence, Coincidence, and Superabundant Information looks for the words “slavery” and “Ahab,” a biblical king and explores and condisers evidence in the works of Charles Dickens, Edgar Allan Poe and Melville.