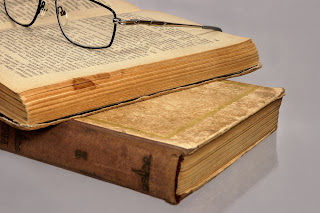 In my first post on the topic of a history of historical fiction I asked where should such a history begin?  I thought perhaps a definition of the term historical fiction?  While useful such definitions could only get me so far.  Then I thought that such a study should begin at the beginning with the first historical novel written.  However, it soon proved that the first was not necessarily the first at all.  What about the varying genres in which historical fiction can be formed?  Everything from gothic horror to romance could be accepted as historical fiction but that route would have taken me in many directions, few of which were helpful in writing a ‘concise’ account.
It has proved that the beginning point for historical fiction is actually a study in the origins of academic history.  At every step in the story of historical fiction I have found that relationship at its heart.  In seventeenth century France the Particular and Secret history prevalent in historiographical discussions gave form to Madame de Lafayette’s Princess of Montpensier and Princess of Cleves amongst others.  Sir Walter Scott’s Waverley derived out of growing discussions and belief in nationalism prevalent in the eighteenth and nineteenth centuries and the growing recognition of causality and the past as a ‘foreign country’.  In the twentieth century the rising importance of gender equality and female independence gave rose to the division of historical fiction between the genders.  The success of Mills & Boons historical romances have, for example, and as Jerome de Groot has stressed, yet to receive the attention that they deserve as a form of popular female entertainment.  Gender and domestic history as an important part of the historian’s discipline have given way to a new form of historical fiction, one not only focused on national and international events but on the individual and their ordinary life.  The complications of postmodernism and structuralism have blurred somewhat the distinction between academic and fictional histories and has posed the question (explored in both forms of writing) of whether one is very different from the other.
Historical fiction and its relationship to academic history has been the focus of the Novel Approaches conference and it is now clear to me how connected through time these two actually are.  Both forms of writing about the past have relied upon and continue to rely upon each other even if at times they look at each other with suspicion.
A complete transcript of these blog posts have also been posted on the Novel Approaches virtual conference.