Bringing together the Old Bailey Proceedings and the Convict Transportation Registers 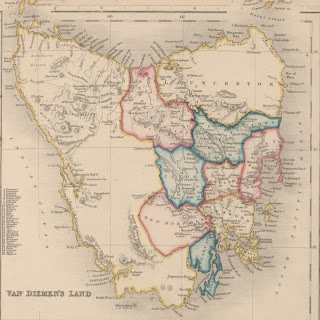 You can now cross-search the Proceedings of the Old Bailey Online and the Convict Transportation Registers Database via Connected Histories, tracing the fate of individuals from arrest to arrival in Australia. One such was the 17-year-old John Kail, indicted on 12 May 1833 for the theft of a 2s handkerchief belonging to the auctioneer George Mence Boyes. In his defence, Kail claimed ‘I was coming along Fenchurch-street, two more boys were behind the prosecutor; I was passing him and the handkerchief fell, I went to pick it up, Mr. Boyes turned round and said it was in my hand, but it was on the ground; he said he had transported one before, and would transport me for life’. Kail wasn’t believed and was sentenced to transportation for life. The convict transportation registers reveal that he was one of 260 individuals transported on the John on 3 August 1833, destined for Van Diemen’s Land (modern day Tasmania) (Connected Histories search at http://www.connectedhistories.org/Search_results.aspx?rsf=kail&sr=cr%2cob). Alongside him were Francis and Charles Wiltshire, similarly indicted for the theft of a handkerchief, worth 3s from one John Schmidt. It was noted that Charles Wiltshire had been convicted of felony before. Aged 12 and 13 respectively, they were both sentenced to transportation for a period of seven years.

Although not part of Connected Histories, you can find further information at the conviz website, which aims to bring the convict transportation registers to life through visualisation. A record for John Kail, for example, exists at http://conviz.info/convicts/252127/kail-john. From here, you can see the start and end point of his journey, and find out information about others convicted in 1833 or sent to Van Diemen’s Land. You can also see a list of all those transported on the ship John (1,295 in total over several years). The Wiltshires are also there, but the poignancy of their case is only fully revealed by linking the Old Bailey material and the registers through Connected Histories.