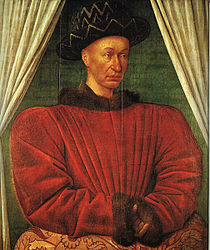 A surprising and useful addition to online research for Anglo-French relations is the Representing France and the French in Early English Modern Drama database. The unusual resource covers the English view of the French in some 200 plays of the early modern period. Consisting of over 4000 allusions to our Gallic cousins, the data has been compiled by a group of academics in France with funding and support from the French National Centre for Scientific Research (CNRS) and from the Institute for Research on the Renaissance, the Neoclassical Age and the Enlightenment (IRCL) at Université Paul Valéry, Montpellier. As well as the usual listing of project aims, news and contributors, and a French and English version (naturellement) there is a useful article (based on data searches from 2004) entitled “How Francophile were early modern English playwrights?” This article outlines initial findings and examines the cultural impact of France on England as well as the views of the playwrights regarding France – of which surprisingly many allusions are neutral. The article also suggests that France seems to be predominantly represented by characters (either historical or fictional) rather than by French words.

There is a ‘simple search’ box and a ‘combined search’ page, the latter looks complex but is easy to use. You can find all the ‘sarcastic’ allusions to the French by clicking on a check box (other ‘tones’ are ‘mocking’, ‘flattering’ and ‘hostile’). You can also search by date, word(s) in a quotation, the author of a work, or a character speaking or listening. In theory a search for all the references in masques that include a ‘sarcastic’ tone within the ‘comedy’ genre should be possible – however there seems to be glitch in the system in that a search on ‘tone’ and a search on ‘genre’ return no results. A search on author – Shakespeare – and tone – sarcastic – brings up 113 references including “Coward of France! How much he wrongs his fame, Despairing of his own arms’ fortitude, To join with witches and the help of hell.” This example is spoken by Bedford in The First Part of Henry the Sixth (1 Henry VI). The record cites the quote, along with other sundry materials including a context for the ‘coward’ – The Dauphin of France, Charles (1403-61).

The project would, in the future, like to include early Tudor and early Elizabethan playwrights as well as minor Elizabethan and Jacobean plays. The project also welcomes proposals from prospective collaborators.

There is a helpful note on the search page indicating that the site is not currently compatible with Safari: it also does not work in Chrome.