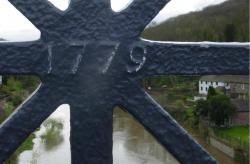 A panel session organised by Tim Hitchcock and Jason Kelly at the North American Conference on British Studies on 13 November demonstrated that the digital humanities, and digital history in particular, are thriving in the field of British studies. The panel brought together 10 speakers, from a range of sectors, in a Pecha Kucha session (a maximum of three minutes per presentation, with strict timing in operation). Questions and answers were in turn timed at 30 seconds each, with three questions allowed per speaker. The idea of presenting a major digital project in less than three minutes is initially a daunting one, but it proved to be an interesting exercise in distilling a project or idea to its key elements. And crucially, the format meant that there was a full hour left for general discussion – a real luxury.

Tim Hitchcock spoke about data mining in relation to the Old Bailey Proceedings, demonstrating what may be possible if researchers are prepared to use digital tools to ask genuinely new questions. Jason Kelly discussed the options for rethinking peer review in the digital age, proposing several models for opening it up to a wider group of peers (more of this later). Two projects employing similar methodologies to connect distributed digital resources were also presented: Laura Mandell talked about 18th Connect, which currently searches 669,719 peer-reviewed digital objects from 10 federated sites; and I offered a preview of the Connected Histories site, which will be launched at the end of March 2011. The latter will create a federated search facility for a wide range of digital resources relating to early modern and nineteenth-century British history, from British History Online to the British Library Newspaper collections. Ian Archer spoke about the Holinshed project, which has produced a digital edition of Holinshed’s Chronicles of England, Scotland, and Ireland and finally Dan Cohen discussed new developments for Zotero, which has become of such significance for the management and sharing of research resources.

In addition to this view from within higher education, the panel also included speakers from the library, archive and publishing sectors. Jim Kuhn talked about the Shakespeare Quartos Archive, hosted by the Folger Shakespeare Library, which makes available a digital collection of pre-1642 editions of Shakespeare’s plays, while David Thomas presented the innovative work that is being undertaken by The National Archives of the UK through its Labs initiative. It’s to be hoped that other large archives and libraries will follow TNA’s example in involving their users in the development of digital resources. Jenny Bullock demonstrated Adam Matthew Digital’s new service for teaching and research iAMDigital, and then a cautionary note was struck by Celestina Savonius-Wroth, whose presentation on ‘Paying for the digital humanities’ revealed quite how little space there is for the humanities in a typical library budget.

On this evidence digital history would seem to be in very good health, although there was an acknowledgement in the following discussion that there is still a long way to go. Members of the audience, for example, questioned both whether undergraduates were being trained to make best use of the new digital resources and technologies available to them and how much progress was being made even earlier in schools. However, the question of peer review dominated the conversation. It is clear that the technology is now available easily to support, for example, crowdsourced, open peer review, but it is equally clear that there will need to be major cultural change if established processes of peer review are to be fundamentally altered – if fundamental change rather than gradual evolution is indeed desirable. This can only be achieved through discussion, and this session was an excellent start.